How to Boost Mobile App Download with Social Media

So you’ve converted that million-dollar idea into a high-performing mobile app and you’re now ready to launch it? Well, there’s still a lot to do!

According to statistics, there are over 3.8 million apps on Google Store and around 2 million apps on Apple Store. What is so different about your app that puts it over all these? Your app is competing against the popular apps out there when aiming to grab the consumer’s attention. Unless you’re putting it out in front of the intended audience in the right manner, there’s little chance it’ll be picked by default.

This is where social media comes in. In all honesty, it is a powerful tool to grab attention and keep your consumers hooked.

But before we talk about how it can be leveraged to boost mobile app downloads, you need to understand why social media marketing is important.

Simply put, it is the talk of the town.

According to Global Digital Report 2018, there are 7.5 billion people walking this earth out of which 4.0 billion have access to the internet and 3.2 billion are active social media users. Of these, roughly 3.0 billion use the internet on their smartphones.

This clearly paints a picture of where your target audience is. Mobile apps have a utility only for those who own smartphones. In numbers, this market comprises almost 3.0 billion people. All popular social media channels (like Facebook, Twitter, Instagram, Pinterest, and YouTube) allow you to put forth highly targeted ads to only reach those individuals who will be outright interested in your product.

These channels can also assess who is viewing your ad on what device. Social media is, therefore, a smart way of reaching out to your customers and converting them where they are most likely to be.

How to Leverage Social Media?

Hiring the right mobile app development company to look after your project is just the beginning. Getting your app built and completed within a deadline is a whole different story. But pushing it out into the market and having people engage with your app is where the big bucks lie.

There are several ways you can use social media to boost mobile app downloads. Here’s your cheat sheet to get through with flying colours!

This is self-explanatory. All social media channels allow you to create ad campaigns to target a specific audience group. These can be filtered based on demographics, psychographics, or even based on what people have interacted with previously (likes).

In fact, Facebook allows you to place advertisements that call for direct downloads. This is one place you wouldn’t want to miss. Their elaborate analytics can help you find the right people.

This, however, is an expensive technique. Ads require you to make payments to these social media channels. If you’re pressed for finances, the other tips here might come in handy.

Promoting on Own Social Profiles

These days, it is the need of time for all companies to maintain their social media profiles. It is not only important in tracking your social mentions but also helps you respond to customer grievances.

Even if you don’t already have a social media profile, it is high time you get one. Build an audience and inform them about your latest offerings. Promote your app but don’t push it too much – you don’t want people unliking/unfollowing your profile. Be smart with content placement and you wouldn’t need to invest heavily in social media advertisements.

Building limited-time campaigns can also come in handy. For instance, if you’re hoping to conquer a national event such as Valentine’s Day or Mother’s Day or even the Olympics, creating an exclusive limited-time offer can push people towards downloading your app. People love a good bargain!

Influencers are recognised for their following. These people churn out interesting content frequently (which people love) so they’re in a position to influence their followers via the same content. The good thing is: they’re available for hire.

These individuals often work around niches. You need people who share similar content and hence would typically be followed by people who’re interested likewise. You can get your word out where it will be valued the most!

The first thing you need to do is place the download buttons on your website and social media profiles where your customers frequently meet you. The next thing you can do is incentivize app downloads. How about you offer a one-month free trial? Or an exclusive 20% discount on first app usage? Or better still, how about you give your consumers an initial credit to work with?

People love free benefits. Give them enough to get them hooked to your app. The rest shall follow suit!

There’s never really a point where social media marketing should stop. This also means you need to try new things to keep your audience engaged. People like innovation, so if you’re able to break the monotony, you’ll have won yourself a loyal customer base!

Social media marketing isn’t a child’s play. But with the smart approach, it can be made quite easy. All you need is a focus, a strategy to keep people coming back for more. They shouldn’t lose interest in what you have to say. Keep innovating and approaching people when they seem to have forgotten you. Win their loyalty and you wouldn’t have to worry about emerging competition. 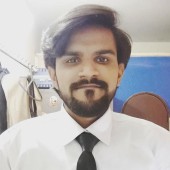 Sohail Rupani is a senior SEO strategist at PNC Digital, a digital marketing agency based in Orlando. He specializes in SEO and SEM techniques. He is passionate about technology and loves to analyze the tech industry in his spare time and stay in touch with the latest happenings. He also writes technical articles about SEO and digital marketing. Follow @sohailrupani for more updates.

How To Optimise Your IVF Business Through Various SEO-based Marketing tools?

9 Sales and marketing points for Start-ups

Is Your Small Business Making The Most Of Facebook?

S Club 7 And Juniors Rolled Into One