How Blockchain Will Impact Marketing and Social Media

Blockchain used to be a term that was never brought up without mentioning cryptocurrency, but all of that has changed. In addition to being the technology behind the digital money revolution, blockchain stands ready to change the face of innumerable other industries. Marketing and Social Media professionals should pay particularly close attention to the impact blockchain may have on their work. In just a few short years, blockchain technology may completely alter the face of digital marketing, which means that paying attention now is an excellent way to stay ahead of the curve.

First Things First: What is Blockchain?

Many marketers believe that blockchain is synonymous with Bitcoin—or at least that it goes hand in hand with cryptocurrency. That’s not true. Blockchain is used to record and verify transactions made with most cryptocurrencies but it’s actually capable of doing much, much more. Here’s a basic overview of what blockchain does so that you can understand its full potential:

Here’s the kicker, though: blockchain can verify information of practically any kind. As such, it is useful for far more than just financial transactions. Private health insurance companies have considered using blockchain for quick and secure verification of patient information.

Many retailers are considering the use of smart contracts, which allow code to be written into the blockchain that automatically regulates deals by validating a series of if-then conditions. If a condition is filled (such as payment made before a certain date), the blockchain verifies it and the code in the contract automatically executes the next step (such as ordering a product or scheduling a service).

There is even talk of smart contracts being used to make the voting process in elections more secure and streamlined.

The Takeaway for Marketers

Since blockchain’s purpose is to verify information without the need for a central authority (or middleman), it can prevent marketers from needing to buy their data from third party sources.

Here’s an example: if you work in marketing today, you probably purchase data from Facebook or another social media platform. With blockchain, there’s no need to do that. In fact, as cryptocurrency becomes the norm for daily transactions, you probably won’t even be able to.

That’s because the security and relative anonymity that blockchain-based cryptos offer will allow consumers to make purchases online without volunteering any personal data at all.

The solution? Create an opt-in program that will allow interested consumers to provide their data to your company in exchange for direct compensation. While you’ll pay more per head for your data, you’ll also benefit from knowing that it comes from individuals who already have a vested interest in your brand—which will make the insights you acquire much more actionable.

Understanding the role that blockchain will soon play in marketing and social media can help competitive professionals be prepared and stay one step ahead of the game. Keep your eye on this exciting technology, so that you can use it to your advantage. 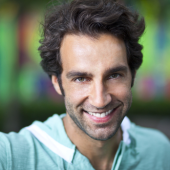