Better Than A Trailer

I may be a bit behind the 5 million other people but I’ve just seen the alternative to the ‘real’ trailer at Comic Con for the new Star Wars film.

OMG I cannot wait for the film.

I think the best thing about this video is that it’s not a trailer, it’s so much more. It doesn’t just give you the usual highlights of the upcoming film and quotes you’ll be saying for years to come. This gives you an insight to the production itself. The passion, blood, sweat and tears which is going into making it. There are actual actors and not just CGI effects, which I’m sure even the newer generation will appreciate.

This is really better than any trailer I’ve seen for a film and has me gripped in anticipation for the upcoming film. 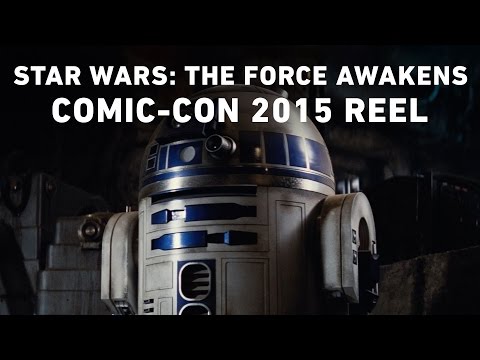 I'm Hannah from yourVA, Virtual Assistance. I provide professional, administrative services on a freelance basis to clients from across the UK. As a VA my services afford clients the time to focus on their business. My services range from PA services, administrative support, e-marketing and event management. This includes anything from inputting data and document formatting to organising a gala dinner. Being virtual means I can work with clients, their team or suppliers anywhere in the World and I do this for clients in a variety of sectors, from photographers to business consultants. I love writing blogs for Lobster, so I hope you enjoy them!

Tips to Be Productive When Working From Home