The Impact Of Mobile Technology On The Healthcare Sector

While all several industries are already enjoying the impact, this article focuses on the impact of app development on healthcare. App development has already created a huge impact on some healthcare procedures or processes, medical practitioners, patients, and on some medical equipment.

Impacts on patient on care

Before now, medical practitioners had problems accessing patients and their data but the story is changing now. Mobile applications are already making some things possible. Hospitals now employ smart devices and wearables to access real-time information about patients thereby monitoring the progress of their health.

Through mobile apps, patients can now interact directly with healthcare providers from any locations. Some apps also give them adequate information about their ailment so that they are able to manage their health to an extent. On the other hand, doctors can also monitor patients health remotely.

Telehealth is a healthcare app that helps patients carry out routine tests on themselves and then send the results of the test to their physicians. This app is very helpful in isolated areas that are very far away from medical care. In addition, there are apps that can remind patients to take their dose on time. Sometimes by describing their symptoms to their doctors, the doctors are able to prescribe necessary drugs for them even without inviting them over.

Face ID is the technology that enables apps to capture people’s face for subsequent identification. Face ID can be used in the medical field. Hospitals should be able to link a patient’s Face ID to his medical records. So, a doctor will only need to scan the face of his patient and he will receive the patient’s full medical record. This saves the time he will spend on questioning the patients. In fact, this is very useful in a situation where the patient is unconscious.

Now that doctors have real-time access to information provided by different mobile apps, their reaction to emergency and general illness is much faster. So, instead of the production of medical devices and equipment for doctors, manufacturers in the healthcare industry now concentrate on updating central databases where apps take their information.

Patients are able to diagnosis themselves with numerous apps. They enter their symptoms on some of these apps and it diagnoses them faster and it also gives them the kind of drugs to use. Most importantly, since patients’ medical records can be accessed easily, it is able to make individualized prescriptions to different patients suffering from the same disease.

Doctors are left with much less to do. A mobile app called Kardia helps to gather vital information about patients’ data and supplies them to doctors real-time. That way, doctors are able to make better decision. Sometimes after an appointment with a doctor, a patient might remember only little of the doctor’s instructions. But with several mobile apps, she can get access to all the information she got from her doctor.

More than 60 percent of nurses now use different apps on their mobile phone to access clinical data and to also access information on drug interactions. Most importantly, most of them study the information on these apps to update their knowledge regularly. By using the apps, nurses now have access to information as doctors. In other words, medical apps are making nurses more efficient in their practice.

There are apps that enable nurses to communicate with one another to brainstorm or to seek solution to a problem. Since it’s done through mobile apps, they get quick responses. There are apps that update nurses on near discoveries like new diseases, new cause of a disease or new ways to treat certain diseases. That way, health related information go far.

There are several apps built on both virtual and augmented reality technologies for wearables. Doctors use such apps for surgery. They use is determine where tumors are located in the body. That way, they are able to plan how best to remove cancerous tumors with less damage to the body. They also use to perform other surgeries.

Some of these wearables have x-ray facilities. So, they will be seeing some inner parts of the body as they perform the surgery. This technology has increased the success rate of surgeries tremendously.

There are apps that are built to provide all kinds of information on drugs. Patients, doctors, nurses, and pharmacists use some of the apps to find out the ingredients of drugs. They also use it to look for an alternative drug in case of contraindications. Most importantly, some apps help to prescribe drugs in the right doses after asking several questions.

These apps can also be used to verify contraindications between drugs. For instance, patients can verify if they can take drug A and drug B at the same time. If it is not advisable, these apps will let them know and also discuss why they can’t take the both drugs at the same time with them. In addition, some of the apps will also inform you of the possible side effects of any drug.

Some app helps to confirm the originality of drugs. You only need to enter the batch number and other information of the drug and these apps will let you know if the drug is original or not. This has also reduced the cases of conditions caused by taking counterfeit drugs.

The advent of several apps has shortened or simplified certain processes. For instance, before now, you will need to call your physician to book an appointment with him for consultation but there many apps that will link you to any of the available registered physicians within minutes.

Most patients now get to see their doctors more informed and this makes the jobs doctor much easier. The healthcare industry has been one of the biggest beneficiaries of the mobile technology. There is no doubt about that. According to a recent report, mobile health app market accounts for about $20 billion in 2018 alone. 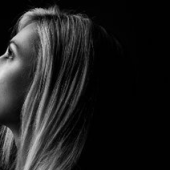 Melissa Crooks is Content Writer who writes for Hyperlink InfoSystem, one of the leading app development companies in New York, USA & India that holds the best team of skilled and expert app developers. She is a versatile tech writer and loves exploring latest technology trends, entrepreneur and startup column.

The Age Of Digital Transformation – Are You Part Of It?

Banish Information Overload – Choose The Right CRM For You