With almost the whole planet crowding in on Facebook on nearly a daily basis, it’s not surprising that the Internet is dotted with a plethora of Facebook ad design tips, including from Facebook itself.

But that doesn’t mean that the most effective ways to create better Facebook ads is common knowledge, nor that it is an easy as pie endeavor. In fact, the abundance of ads viewable on the average Facebook screen means there is more competition than ever for users’ bewilderingly short attention spans, and it’s easier than ever for your ad to fade into the background unnoticed.

While one could list out dozens of hyper-specific tip categories, what we present below is a compact presentation of 3 major areas of concern to Facebook advertisers:

In the world of social media, and on Facebook in particular, images tend to catch users’ attention faster than text. It’s best to, therefore, make your ad mostly image. And don’t try to cram too much into just one ad or it might become clutter and distract instead of attract that social prospect’s attention.

Also, crop tight around the main part of the image you want to showcase, and be sure your image is high resolution, has pleasant internal color contrast, and is inherently interesting to look at.

Next, be sure to test 3 or 4 different versions of your ad before selecting the highest performer. And then do two things to grow your ad into a sustained campaign: have a recognisable theme (keep some things the same) and yet vary your ads frequently (keep changing everything else.)

You probably will want to include at least some text in most of your Facebook ads. Choose your words carefully because 3 to 5 words is about optimal. Be concise but also descriptive of your product/service and its benefits.

Include pictures of people actually using and enjoying your product to make it seem “more human.” And try to get VIP endorsements where possible to gain trust and credibility.

Finally, citing a quick stat or unique fact about your product, service, or company that will stick in people’s memory is another effective approach. But don’t come across as too aggressive or use “spammy” sounding phrases to push your point, or your ad can have the opposite of its intended effect.

3. The Call To Action And Beyond

Ultimately, running ads is about getting a response, so do not hesitate to include a call to action with your ad. If necessary, to avoid cluttering up the image, you can put the CTA just below the main part of the ad or to one side of it.

Your CTA will not function, necessarily, to boost engagement levels or even get extra clicks, but it should dramatically increase the ad’s conversion rate.

If your ad leads to a landing page, be sure that page’s design repeats text and color patterns from the ad and then expands on the offer. If your ad takes clickers to your company’s main website, be sure your prospects have a great experience there (or all is in vain.) To learn more about effective UX Design, which will lower Website bounce rates and boost conversion rates, read this article on 5 Steps to Optimize Your Website User Experience, by Perth Web Design. 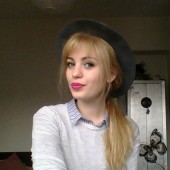 Ashley is a super-connector with Outreachmama who helps businesses find their audience online through outreach, partnerships, and networking. She frequently writes about the latest advancements in digital marketing and focuses her efforts on developing customised blogger outreach plans depending on the industry and competition.

New Look For Facebook Pages For Business – Is This The End For Apps?

How To Recycle Old Posts For New Traffic And Engagement